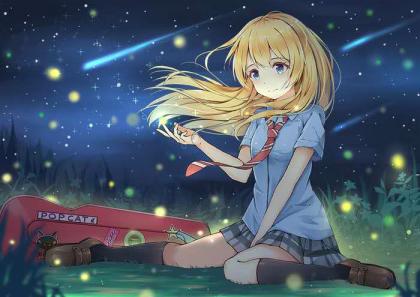 A couple of years ago, Microsoft reached a deal to acquire Nokia's struggling devices and services business, and just recently, the Finnish company sold its HERE mapping unit to a group of German car-makers.

It’s true that Nokia had terrible last five years, but this doesn’t take away the fact that it was this very company that effectively defined the mobile industry for over a decade prior, and gave us some of the most memorable phones.

In this article, we take a trip down memory lane to revisit Nokia’s history, which - hold your breath - spans a whopping 150 years.

While Nokia may remind most of us of only mobile phones, the company in fact started out as a paper mill, which was established in 1865 by mining engineer Fredrik Idestam at the Tammerkoski Rapids in south-western Finland.

However, the name Nokia wasn’t yet born. It was the location of his second mill - on the banks of the Nokianvirta river - that inspired Idestam to name his company Nokia Ab, something which happened in 1871. After around three decades, the company also ventured into electricity generation.

While the three companies were jointly owned, they continued to work independently until 1967, when they were finally merged and Nokia Corporation was born. The newly formed company mainly focused on four markets: paper, electronics, rubber, and cable. It developed things like toilet paper, bicycle and car tires, rubber footwear, TVs, communication cables, robotics, PCs, and military equipment, among others.

In 1979, Nokia entered into a joint venture with leading Scandinavian color TV manufacturer Salora to create Mobira Oy, a radio telephone company. A few years later, Nokia launched the world's first international cellular system dubbed Nordic Mobile Telephone network, which linked Sweden, Denmark, Norway, and Finland. This was followed by the launch of the company’s as well as world’s first car-phone dubbed Mobira Senator, which weighed in at around 10 kg.

In 1984, Nokia acquired Salora and changed the name of its telecommunications unit to Nokia-Mobira Oy. The year also marked the launch of Mobira Talkman, which was advertised as one of the first transportable phones. This means it could be used both in and out of car, although it was still around 5kg.

Three years later, the company introduced its first compact phone called Mobira Cityman 900, which was also the world's first hand-held mobile telephone. Despite weighing around 800g and carrying a price tag of around $5,456, it sold like hot cakes.

The phone became iconic and was nicknamed “The Gorba” after the then Soviet Union president Mikhail Gorbachev used it to to make a call from Helsinki to Moscow during a press conference in October 1987.

The following year brought a tough phase for the company as it witnessed sharp drop in profits owing to severe price competition in the consumer electronics markets, and its chairman Kari Kairamo committed suicide reportedly due to stress.

In 1990’s, Nokia’s top leadership decided to focus solely on the telecommunications market, and as a result, the company’s data, power, television, tire, and cable units were sold off in the first few years of the decade.

In 1991, world’s first GSM call was made by the then Finnish prime minister, Harri Holkeri. Unsurprisingly, it was made using Nokia equipment. The next year, the company’s first hand-held GSM phone Nokia 1011 was launched.

The device reportedly had a talk time of 90 minutes and could store 99 contact numbers. It was also known as Mobira Cityman 2000.

A couple of years later, the company launched its 2100 series of phones, which were also the first to feature the iconic Nokia Tune ringtone. While Nokia projected to sell 400,000 units, the series turned out to be a blockbuster with around 20 million handsets sold worldwide.

In 1996, Nokia 9000 Communicator was launched. The all-in-one phone, which carried a price tag of $800, allowed users to send emails, fax, and browse web, besides offering word processing and spreadsheet capabilities. Although the phone managed to create a dedicated following, it wasn't commercially successful..

The spectacular success of Nokia’s 6100 series - the company sold nearly 41 million cellular phones in 1998 - helped the company surpass Motorola and become the world’s top cellular phone maker in that year. It's worth mentioning that the Nokia 6110 was the first phone that came with the classic Snake game pre-installed.

Nokia’s net sales increased over 50% year-on-year, operating profits shot up nearly 75%, and stock price sky-rocketed a whopping 220%, resulting in an increase of market capitalization from nearly $21 billion to around $70 billion.

The year 1998 also saw the company launching the Nokia 8810, its first phone without an external antenna. The flagship was also one of the Nokia’s first phones with chrome slider shell.

The next year saw the company launching the Nokia 3210. It was a solid handset that came in six color variants and had a talk time of the impressive for the time 4- 5 hours.

In addition to offering extra ringtones and games, the device also allowed users to send pre-installed picture messages (like Happy Birthday) via SMSs. Around 160 million units of the handsets were sold, making it one of the most popular and successful phones in history.

Although Nokia was the world leader in the mobile phones market, the new decade brought along a new set of challenges for the company. The wireless and Internet technologies were converging, and the 3rd generation of wireless technology - that promised enhanced multimedia capability - was evolving.

Responding to the changes, the Finnish company started churning out both sophisticated multimedia handsets as well as low-end devices. The year 2001 saw the company launching the Nokia 7650, it’s first phone to feature a built-in camera. It was also the first to sport a full color display.

The same year, the company also launched the Nokia 3650, the first Symbian Series 60 device to appear in the US market. It was also Nokia’s first phone to feature a video recorder

In 2003, the company launched the Nokia 1100, a budget-friendly phone that sold around a whopping 250 million units, making it the best selling phone as well as the best selling consumer electronics product in the world. Incidentally, it was also the company’s billionth phone sold later in 2005.

The year 2003 also saw the launch of the company’s unorthodox-looking N-Gage device. Running Symbian OS 6.1 (Series 60), the phone/hand-held gaming system wasn’t much successful commercially as only 3 million units were sold.

The following year, the Nokia 7280 "lipstick" phone was launched. Part of the company’s "Fashion Phone" line, the device was listed as one of the best products of the year by Fortune Magazine. It also featured in the Pussycat Dolls' "Beep" music video.

Midway through the decade, the company launched its N-series of phones, with the N70, N90, and N91 being the first members of the series. The flagship N8 was launched later in 2010.

With Apple launching its first-generation iPhone in 2007 and the growing popularity of touch-screen phones, Nokia outed its first all touch smartphone in 2008. Dubbed the 5800 Xpress Music, the device was also the first to run the touch-driven Symbian v9.4 (S60 5th Edition). It was decently successful as the company managed to sell around 8 million units of the device, but it didn't manage to create die-hard following as it touch-experience was sub-par.

Early hiccups and the epic fall

It was the year 2001, when Nokia’s profits first crumbled after becoming the top phone maker in the world. This was primarily due to a slowdown in mobile phone market. That downfall turned out to be short-lived, but three years later, in 2004, the company again reported that it’s market share is sliding, despite still leading with the solid 35%.

Another hiccup came in 2007, when the company had to recall a whopping 46 million faulty cell-phone batteries. What’s even worse was that the batteries - which were manufactured between 2005-end and 2006-end - appeared in a wide range of Nokia phones, which meant that a large part of the company’s device portfolio was affected.

In 2008 - the same year when the Android version 1.0 was launched - Nokia’s Q3 profits nosedived 30%, while sales decreased 3.1%. On the other hand, iPhone sales sky-rocketed by around 330% during the same period.

The year 2009 saw Nokia laying off 1,700 employees worldwide. Later in the year, the struggling Finnish company finally acknowledged that it was slow to react to the change in the market, which was now slowly being taken over by the likes of Apple and BlackBerry, and influenced by newcomers like Samsung, HTC, and LG.

The following year, Stephen Elop - who was previously head of Microsoft's business software division - was appointed as Nokia’s new CEO. He was also the first non-Finnish leader of the company. Although 2010 saw a rise in profits for the company, job cuts continued.

Elop became famous for a speech that he delivered to Nokia employees in early 2011, wherein he compared the company’s market position to a man standing on a "burning platform." Quite evidently, the company’s situation was going from bad to worse.

Desperate to come out of the ongoing crisis and better compete with competitors, Nokia announced a strategic partnership with software giant Microsoft to make the latter’s Windows Phone its primary mobile OS.

Following the announcement, there were rumors that Microsoft is in talks to acquire the struggling Finnish giant. However, at that point in time, Elop rubbished them as “baseless.” Meanwhile, Apple overtook Nokia in smartphone sales in Q2, 2011.

The first fruit the partnership between Nokia and Microsoft bore were the Lumia 800 and Lumia 710 smartphones, which were announced later in 2011. While the former (shown below) targeted the higher end of the market, the latter was aimed at lower end-customers.

Although the company managed to beat market expectations by selling over a million units of these devices in just a few months, job cuts continued. Meanwhile, in an effort to save more expenses, the company also announced that it will close its oldest factory in Finland and shift its manufacturing to Asia, which had become its largest market by then - all of this happened in early 2012.

Despite decent sales, the new Windows Phone devices couldn’t do much for Nokia in Q1, 2012, when the company suffered an operating loss of a whopping €1.3 billion. This was followed by another round of job cuts, affecting around 10,000 employees this time.

Later that year, the company launched Windows Phone 8-powered  flagship, which received mixed reviews - mainly criticized for its large size and bulkiness. In November 2012, the smartphone became best-selling phone of the week on Amazon, and also topped Expansys' chart in the UK during the same period - still it never quite reached the blockbuster sales the company needed to return to profitability.

Finally, the year 2013 brought some good news as Nokia returned to profit six quarters of bleeding money. However, revenue dropped considerably owing to the company’s failure to make any dent in the smartphone market.

The deal, which saw CEO Stephen Elop return to Microsoft, also included the Finnish company's patents and mapping services, although it excluded the Nokia’s Chennai factory in India as well as the Masan factory in South Korea. The sale officially completed in April 2014.

The Finnish company’s unwillingness to embrace drastic change when it was required the most was probably the biggest reason that brought the mobile giant down. The company took way too long to embrace the smartphone revolution and when it finally did it made way too many errors in its strategy.

First, Nokia tried to compete by simply adding touch to the legacy Symbian - a patch that failed to deliver the fluid user experience of its rivals at the time. Then the switch to Windows Phone was announced way before there was actual hardware ready - a move that Elop hoped will boost developer interest, but ended up mostly killing Symbian sales 7 months before Nokia had an alternative to offer. Two mistakes of that magnitude, combined with the great delay in jumping to touchscreen were enough to cost the company's dominant position in the quickly moving market.

Anyway, as they say, nothing is permanent and whatever goes up must come down. However, that doesn’t take away the fact that Nokia remains a huge part of mobile phone history that will never be forgotten.

True gold does not fear the refiner's fire